Dynaudio has launched its new, limited-edition Heritage Special passive standmount speakers – handmade from top to bottom, inside and out, at its headquarters in Denmark. Started as an ‘off-the-radar’ project and developed under top-secret conditions at Dynaudio Labs, it’s now ready to be unveiled.

Heritage Special is a tribute to some of Dynaudio’s most legendary speakers – including Crafft, Contour 1, Special Twenty-Five and more. Outwardly it’s affectionately retro; inside, defiantly modern. 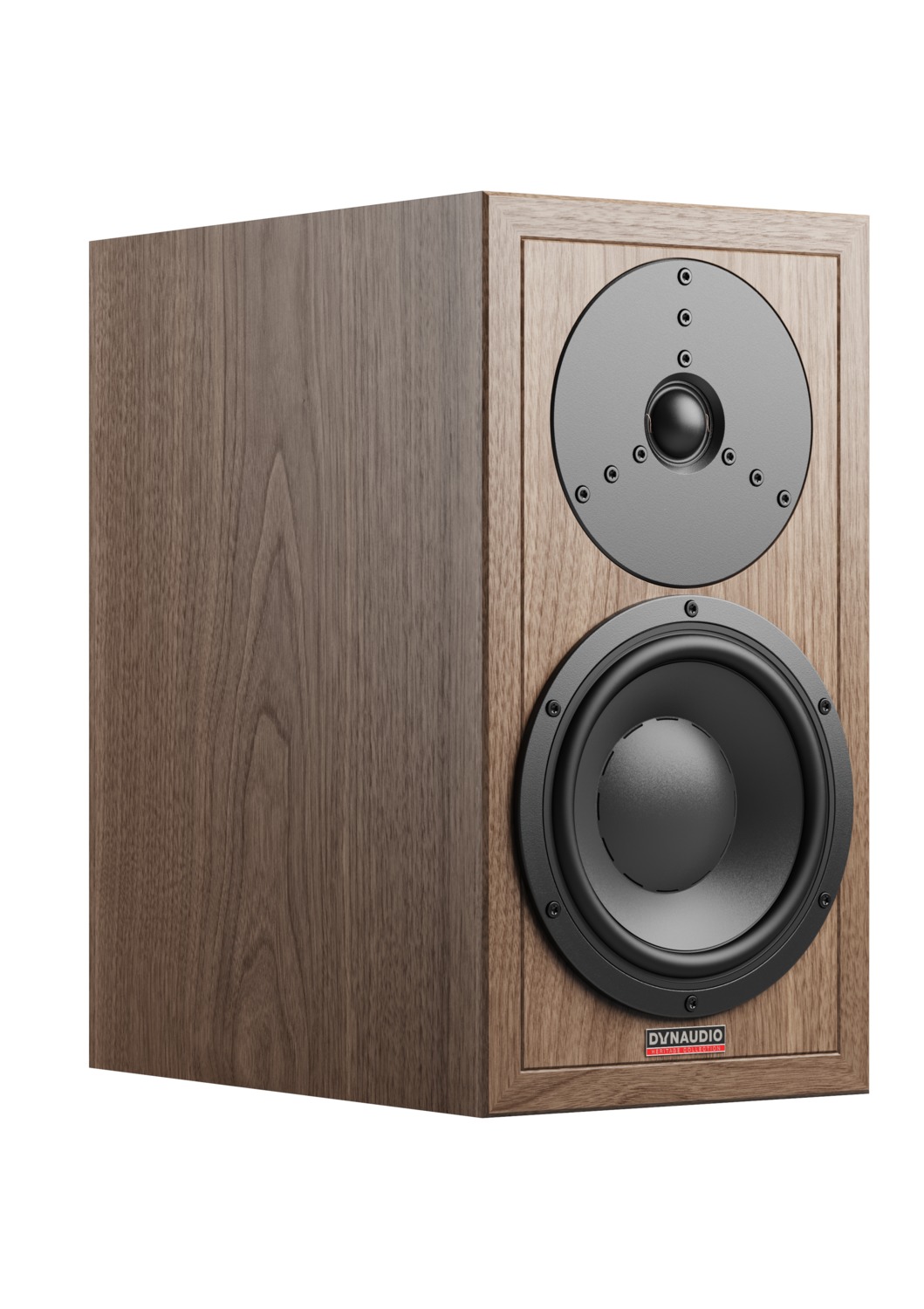 The speaker, limited to 2500 pairs worldwide, has a 19mm-thick MDF cabinet finished in sustainable American Walnut veneer. It’s internally braced for extra rigidity and lined with heavy bitumen to further minimise unwanted resonance. Each piece of veneer (including the thin list strips surrounding the front baffle) is matched to its companions – and those for each speaker are matched to each other – for complete consistency. The cabinet goes through three meticulous sanding and lacquering processes. It takes just over three days to build each one from start to finish.

The tweeter plate is from the highly regarded Esotar T330D. Behind it, however, is an up-to-the-minute Esotar 3 tweeter unit – as found in the top-of-the-range Confidence family. It’s the finest, most sophisticated tweeter Dynaudio has ever produced – featuring a larger rear chamber, powerful aerodynamic neodymium magnet system, the resonance-defeating Hexis inner dome, and Dynaudio’s characteristic precision-coated soft-dome diaphragm. 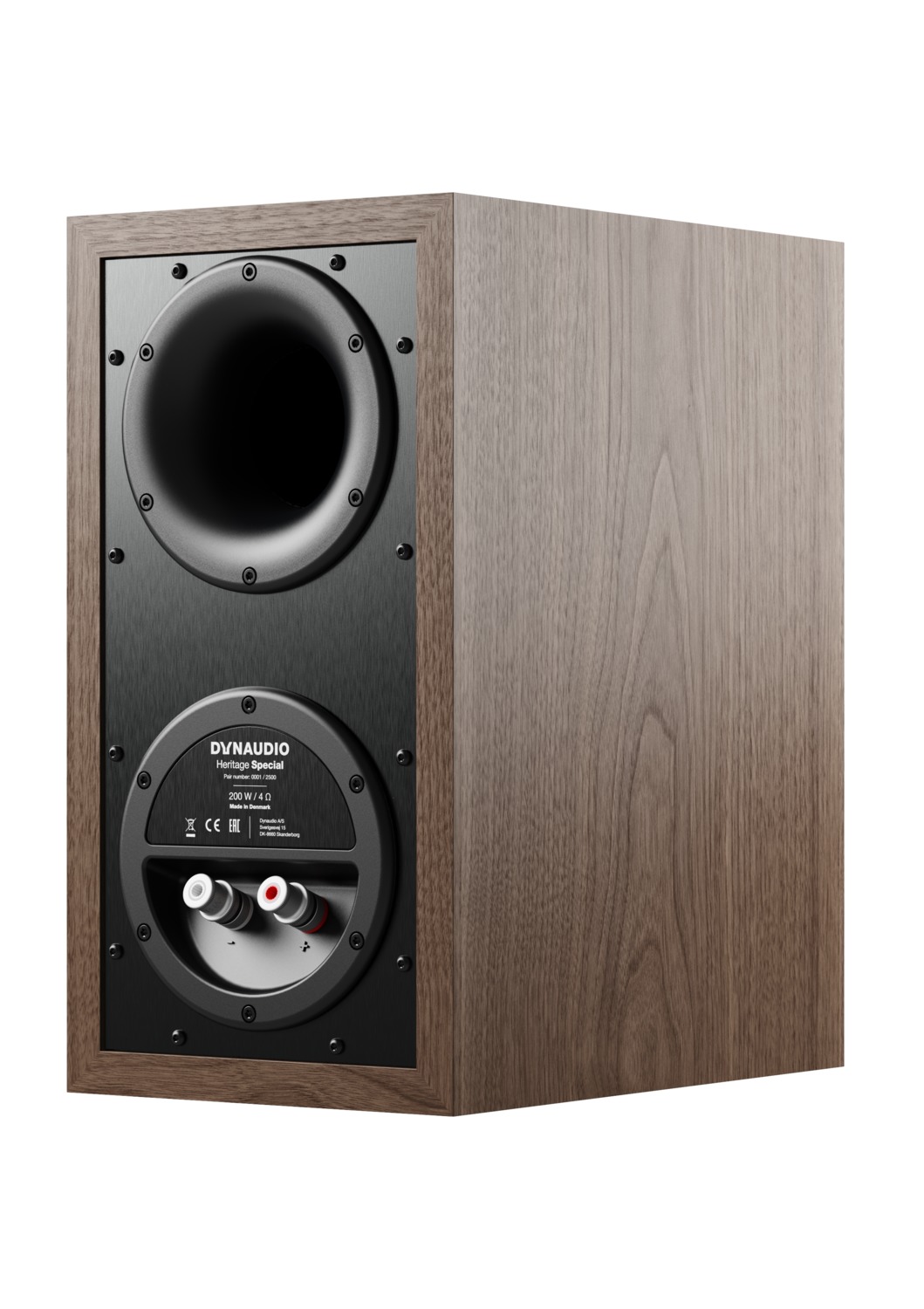 Heritage Special’s mid/bass driver is a supercharged version of the one you’d find in the discontinued $85,000 Evidence Platinum series. You might also notice that it overlaps the edges of the baffle and its signature groove, as it did in times gone by. The 18W75 XL Heritage Special MSP Woofer (not every name needs to be snappy) shares the Evidence version’s exponential diaphragm construction, but then takes the original technology to a new level:

The speaker’s ‘brain’, the crossover, has been designed in-house from the ground-up. It uses classic Dynaudio first-order topology, delivered by high-quality components from German manufacturer Mundorf (including its noted Evo Oil capacitors), plus bespoke parts specified by Dynaudio Labs. The crossover uses local impedance correction and time-alignment technology for each individual driver to ensure a smooth transition between them. 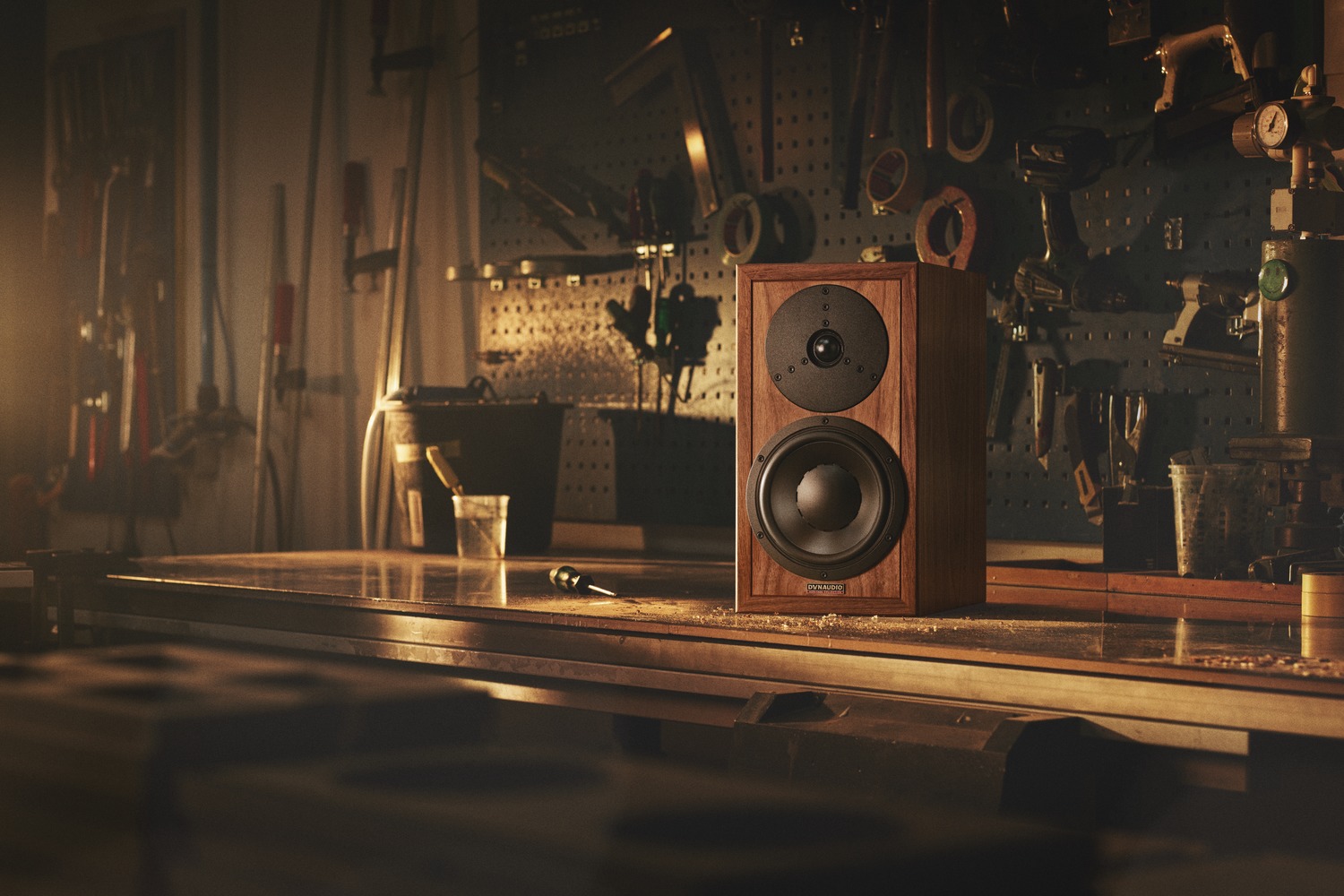 Each pair of Heritage Special speakers has its own pair number etched on to its brushed aluminium back-plate. It’s a chance for those lucky enough to own a set to be able to say they have a unique piece of Dynaudio history in their listening room.

“It’s been a labour of love for our R&D, production and marketing teams,” says Otto Jørgensen, Dynaudio’s Director of Product Management. “Our initial listening session with the first playing pair of Heritage Specials was meant to last 20 minutes. It ended more than two hours later. I think that says everything you need to know about these speakers. We absolutely love them.”

Heritage Special has a retail price of €6000 / $7000 per pair and is available at selected Dynaudio dealers from 19th November 2020. Owners who register their speakers with Dynaudio will also get a 10-year warranty.